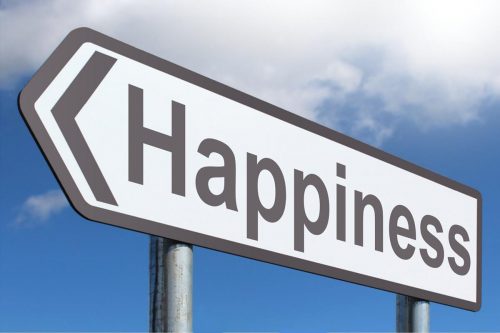 In his book SCRUM: The Art of Doing Twice the Work in Half the Time, Jeff Sutherland claims that a team’s happiness can predict their success or failure. Aside from the numerous studies on the topic, I can confirm this is true from personal experience. Let’s take a deeper look into why this is true.

Tony Robbins says that everything we do is motivated by emotions in his book Unleash the Power Within. Dr. In essence, he claims that we want to achieve pleasure and avoid pain. David Hawkins makes a similar claim but he uses the terms happiness and fear. Yes, people do use logic but they are driven by emotion.

The point is illustrated in an article that describes a man who lost his ability to feel emotions due to a brain tumor. All other brain functions remained intact. He had a great memory, intellect and motor functions, just no emotions. Yep, he became a Vulcan.
You may think that he should have become completely logical and as such would make excellent decisions, but something completely different happened. Instead of making great decisions, he became apathetic and lost the ability to make timely decisions. Because he could not feel, he would overanalyze everything and even a simple decision would take him all day because there were so many potential outcomes.

Now that we have established the importance and influence of emotions in our lives, let’s return to the topic at hand. How can happiness predict success of failure?

The numbers vary from year to year but Gallup reports that roughly 2/3 people are not engaged in their jobs. It would follow that the majority of those people probably don’t enjoy their jobs.

I make a point of tracking happiness with the people that I work with and I would say that at the larger companies with a lot of bureaucracy, closer to 100% of people are not satisfied with their role. This is interesting because most of the people I work with have at least a bachelors degree in their field. In other words, they are interested in the type of work they do.

The data shows that team members tend to be happier with their role than they are with the overall organization. When you dig deeper, you find that people often enjoy the work they do but they feel stifled and unsupported by the way that most companies operate.

These stifling feelings are typically the result of over-management. The majority of management practices in use today are designed to place limits and controls on people in an attempt to prevent failures. The flaw with the idea is that a limit cannot do anything to help the people who are going to fail but it can easily prevent people from succeeding which is all too often the case.

To put it another way, if you want to have a better and faster commute to work, you generally wouldn’t add more stoplights. In the same way, if you want people to succeed, you should not add more limits on their creativity and productivity.

On the flip side, a small percentage of companies, non-profits and other types of organizations operate differently. They empower their people and give them the freedom to succeed. These companies also tend to prioritize providing value over short-term profits which creates a deeper sense of purpose for employees. Employees at these companies tend to be significantly happier.

To give you an example, one of the companies I used to work for had not shipped a product in almost two years. Morale was in the pits. The company was still making money but we were constantly scrambling to hit last-minute deadlines and we even got in a bind where we had massive daily fines for not delivering on time.

To try to solve the problem, we added a change control board to try to limit scope, increased the number of reports we created and tried harder than ever to make people perform. None of it worked and if anything, the problem got worse.

When we adopted Scrum, we removed all of the controls and things changed almost immediately. People on my team told me that they felt like they got more done in the first three weeks than they had in the last six months. You could feel the positive energy and see that people were happy to come to work again. Our product didn’t launch until several months later but the happiness in the office was an immediate indicator that we were doing the right things.

The company relocated and I chose to leave but I stayed in touch with the product manager who reported that our product ended up being a top performer in the market.

Beyond the increased engagement that comes from being happy in a job, there have been numerous studies that show that happiness increases mental capacity while negative emotions such as fear, dramatically limit our ability to think. There are strong evolutionary reasons for this phenomena.

As Rick Hanson, Ph. D. describes in his book Hardwiring Happiness, our early ancestors lived in environments where there weren’t many daily stresses. They didn’t have to commute to work, they didn’t have constant negative messaging and violence coming from the TV and they didn’t have to work about politics, money or any of the dozens of things that barrage us on a daily basis.

When a threat did occur, it was more than likely a life or death scenario that required 100% focus on that event. Nothing else in the world mattered except resolving that threat. When all was well, there was plenty of time and mental capacity coming up with new ideas about how to gather food, better ways to build a shelter or just enjoying the day.

Putting it all together, it is not a stretch to say that happiness comes from doing the right types of things in an organization. Assuming that doing the right things is a good indicator that a company will be successful, I think we can safely say that happiness is not only a great indicator of future success but is also a success in and of itself.

If you are an executive or aspiring executive in your organization, we invite you to participate in the inaugural session of the Executive Leadership Development initiative on Tuesday, September 10th at the Brighton Jones office in Tysons Corner, VA. For more details and topics, visit the ELDI meetup page.